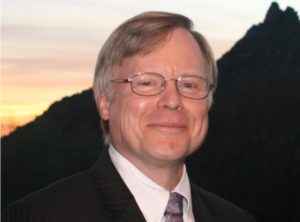 CH says he has never killed a hosta plant although many in his care have up and committed suicide, as hard as he has tried to keep them alive. In 1980 CH began doing tissue culture of hostas and other perennials at Walters Gardens and took over the management when Mark Zilis left to form Q&Z Nursery.  CH managed the tissue culture lab producing over one million perennials per year until taking on other responsibilities of hybridizing, licensing and plant patents.  Currently concentrating on licensing contracts, royalties, plant patents and plant breeder’s rights.  Graduated with a Bachelor’s in Science from the University of Illinois in Ornamental Horticulture.  CH has served in the Michigan Hosta Society as Charter Vice President, President and numerous held many positions in AHS.  He was honored with the Alex J. Summers Distinguished Merit Award.